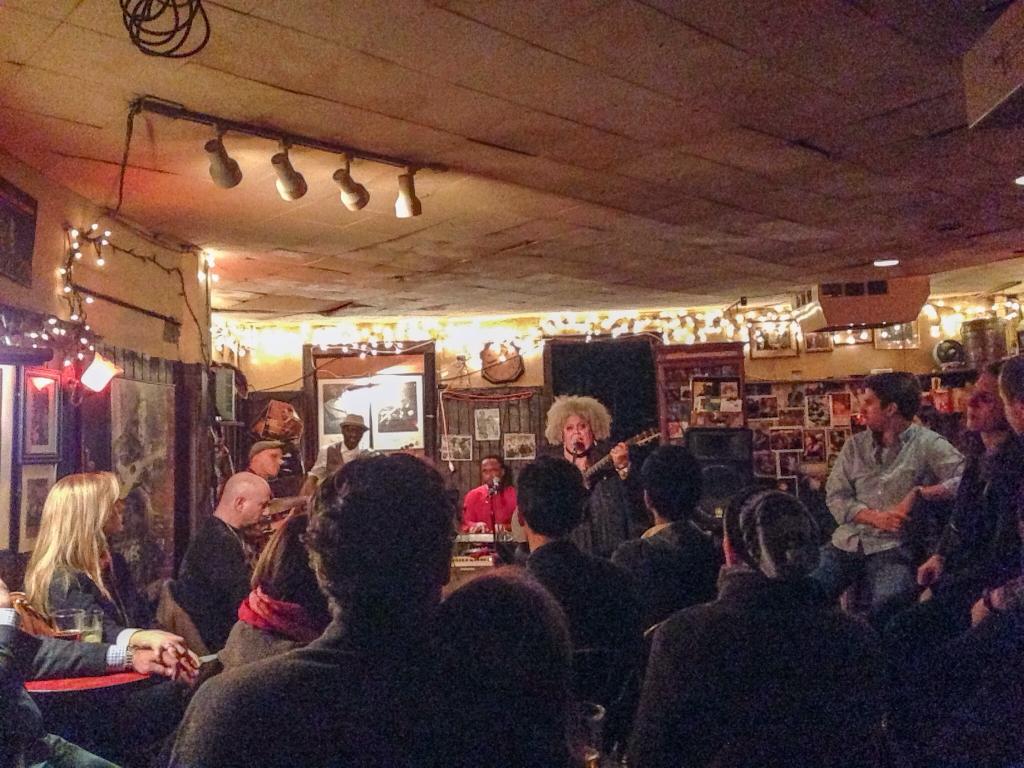 55 Bar, located at 55 Christopher Street between 6th and 7th Avenues in New York's Greenwich Village, is a funky dive bar that boasts its lineage from prohibition days. Notable musicians, both veterans and newbies, perform nightly. One popular travel website advises visitors to "Watch musical legends checking out the newcomers and veteran barflies chatting up first timers."

It might be blues or it might be jazz or it might be something new. Check out the website for who is playing. You'll see names you don't know along with New York stables like guitarists, Mike Stern and Vic Juris along with pianist, Jim Ridl and vocalists who will feature other great players with them.

A Place for Jazz in Newark

Co-presented by NJPAC and Wayne Winborne, Executive Director of the Institute of Jazz Studies at Rutgers-Newark, these free Jazz Jam Sessions attract ace musicians, from New Jersey and beyond, seeking to play alongside their musical heroes and peers. The 2019-20 series is curated and directed by pianist and bandleader James Austin, Jr. in consultation with the Jazz Advisory Committee of NJPAC’s Community Engagement Department.

The jazz institute was founded in 1952 and is the most extensive jazz archive and library in the US. It includes more than 150,000 recordings and 6,000 books, and treasures such as Miles Davis’s trumpet and Curly Russell’s bass.

In 2016, Jazz Institute entered the club business with Clement’s Place, a 75-seat venue done up in jazz memorabilia on the ground floor of an historical neoclassical Newark skyscraper. Minus the whiffs of cigar smoke and seal-fresh whiskey (Clement’s pours beer and wine only), it’s a throwback to the tight-knit jazz communities documented in the archives. The free jam sessions convene at 15 Washington Street, Newark every third Thursday at 7:30 PM.

Host, Linus Wyrsch is one of New York City's most sought-after clarinetists and saxophonists. As such, he embraces a unique relationship with the jazz genre and its musicians. His podcast features the music of new talents from inside and outside of the New York circuit, and every once in a while, Linus is able to sneak in a major jazz artist, sometimes accompanied with a short interview.

It was on 6 January 1939 that Alfred Lion, a German immigrant and jazz devotee, produced his first recording session in New York City with a pair of boogie-woogie pianists. In so doing, he founded the label that has become synonymous with jazz itself. Since then, Blue Note has steered and represented every aspect of the genre’s ever-evolving history, including hot jazz, boogie-woogie, swing, bebop, hard bop, post-bop, soul jazz, avant-garde and fusion.

Check out NJ Jazz Sessions on Facebook for last-minute updates. Jam schedules often change, so please call ahead and keep us posted to update this calendar. Thanks!